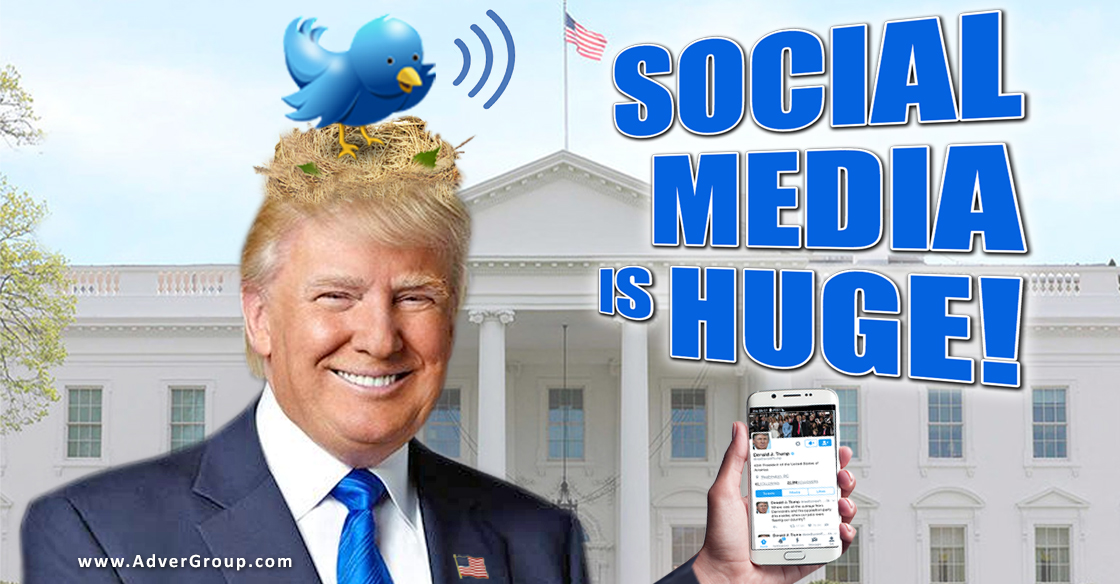 Mobile devices and social media have surely become a part of most peoples daily life. Today, these pocket sized computers have proven useful for users of all age groups. While smart phone owners use their devices for a variety of tasks including: entertainment, information and/or business; mobile devices coupled with the growth of social networks maybe changing the world beyond providing convenience as relates to access to email on the go. The use of mobile devices and the growth of social media may very well be responsible for shaping history, as it is widely believed that social media may have played a major part in the 2016 Presidential election.

Though politics are discussed in this article, the focus of this article is technology based.

Whether you use social media for business, pleasure or politics, you may of noticed that more and more people are using social media.  Friends are joining for fun, while businesses, celebrities and political figures are joining because they can achieve a direct connection into the pockets of their consumers, fans and followers. And yes, this is because they realize that the number of mobile device and social media users are growing daily!

While the idea or notion that the recent leaps and bounds of technology, (specifically mobile devices) could have fueled the growth of social media is not far fetched at all. What if we take the question a step further:"could the combination of the mobile device boom and social network growth TRULY change the world?" When we are talking about Presidential campaigns changing the world, it takes on a whole new dynamic. Perhaps more then we could ever have imagined.

Beyond believing that social media tweets won the election, all Americans should be fair and consider the possibility that President Trump won the election for other reasons which are relative to his positions and policies, and not strictly due to the result of his social media activity. It is true that many said the same for President Barack Obama. As his 2008 election was also lauded as a grass roots effort which gained momentum through social media. For President Trump one could also argue that the Twitter soap box could have killed his chances of winning. As he often made statements that sounded radical to some.

Social Media has come a long way since the birth of the concept in the late 1970’s. What first started as an archaic “Bulletin Board System” (B.B.S.) on large, limited computer mainframes; has now morphed into the most popular medium for communication, which happens to be fully available on a mobile device that can fit into your pocket. 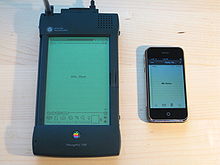 The first smartphone which was available to the public was the IBM Simon which was released in 1993 (Photo from wikipedia). The iPhone was introduced in 2007 and is approaching it's 10 year birthday. iPhone was perhaps the first widely used smartphone to hit the market with Android models following in 2008.

In 2007, Facebook was 3 years old and boasted 20 million active users (according to the Associated Press). According to Statisca.com: "As of the third quarter of 2016, Facebook had 1.79 billion monthly active users.

In 2016, the International Data Corporation (IDC), released a press release stating that "personal computer (PC) sales are forecasted to decline through 2017". Though this is mostly attributed to the lack of new technology offered in today’s PCs. Further evidence came when Google (the leading web search engine) reported that “more Google searches take place on mobile devices than on computers in 10 countries including the US and Japan”. Other data offered by Zenith Marketing supports the confirmation of a mobile movement, predicting that 75% of internet use will be mobile in 2017.

After reviewing the facts, it is clear that social media growth is certainly the result of technology providing easy-access to one's social media accounts while on-the-go. It should also be noted that these mobile devices also possess high definition video cameras which makes posting still images and video directly to social media even easier on a mobile device compared to a desktop computer.

Now that the world has plugged into the "social media matrix", has the combination of mobile devices and social media actually changed the world?

Aditi Hajirnis M.D. noted further in his recent article which was published in The Brown University Child & Adolescent Behavior Letter: “Recent data suggests that social media venues like Facebook and Twitter have surpassed e-mail as the preferred method of communication in all age groups”.

Email and communication with friends and followers is only one service that today’s social media networks offer. In that regard, social media is taking communication beyond sending written, photographic and video messages. In 2016 Facebook released Facebook Live which allows users to stream live occurrences and events over their social media feed. Meanwhile, in 2016 the NFL and Twitter reached an agreement to broadcast 10 professional football games live over the Twitter network.

Perhaps an even better example of how social media is now being used to broadcast major television events directly to your smart phone/ handheld device, is the inauguration of President Donald Trump. While the physical attendance at President Trump's inauguration has been a hot argument between the Trump Administration and the media, it is likely true that while physical attendance suffered, the inauguration was probably more widely viewed by more humans than any other presidential inauguration due to the fact that more people have access to mobile devices and social media now in 2017 than they did in 2009 during President Barack Obama's inauguration.  Without arguing politics, I am not supporting any claims as to how many viewed what event. All I am saying is that in 2016, more people where plugged into social media via mobile devices than in 2008.  Now on to the real question: 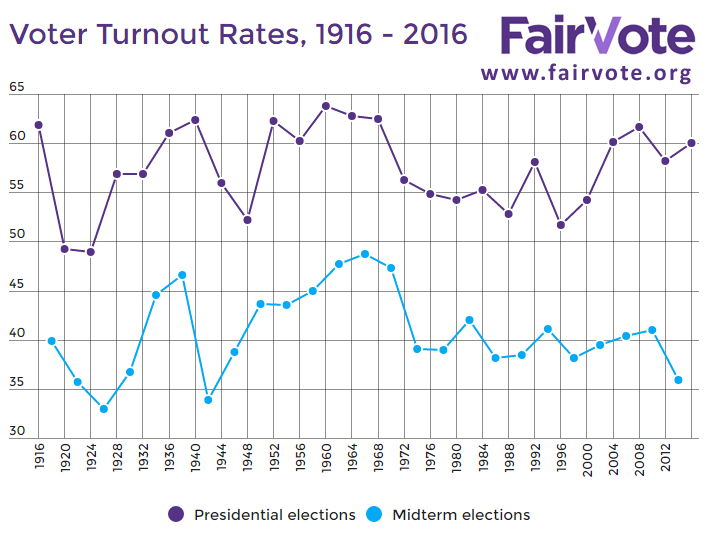 In closing, I would like to offer an answer to the question which exists in the title of this article. Did social media growth and the mobile device boom impact the 2016 election? My answer would be no. Though the number of social media users and mobile device owners has quadrupled since the 2008 election of President Barack Obama, the overall voter turnout was actually less, then in 2008, but more than 2012 when President Barack Obama was re-elected. When I do not see a major spike in the direction of Candidate Trump, it tells me that despite his loud and frequent tweets, it was not social media that afforded him a presidential victory.

For me the most telling fact is that the highest voter turn out in the past 50 years was actually in 1960. Kennedy versus Nixon. There was no internet and no social media then. People were engaged in that campaign for many reasons. I guess there is always the possibility that the american people where simply sick and tired of seeing political posts in their social media feeds and decided not to vote at all in the 2016 election. Could it be that social media had the reverse effect on the 2016 campaign?

Add that to the list of "things that make you say Hmmmmm?"

ADDITIONAL REFERENCES FOR THIS ARTICLE:

Article Title: Number of active users at Facebook over the years

Article Title: The History of the Smart Phone

The “Brown University Child and Adolescent Behavior Letter” features the latest research findings on behavioral issues, along with practical applications and techniques for working with your younger patients.

The “Brown University Child and Adolescent Behavior Letter” features the latest research findings on behavioral issues, along with practical applications and techniques for working with your younger patients.

ARTICLE: “THE HISTORY OF SOCIAL NETWORKING”

Digital Trends was founded in 2006 with a simple mission: to help readers easily understand how tech affects the way they live. We are your authoritative guide to the world around us. We love, live and breathe tech so that we can explain it to you simply and clearly. Read more: http://www.digitaltrends.com/about/#ixzz4VYwUW1RT Follow us: @digitaltrends on Twitter | DigitalTrends on Facebook