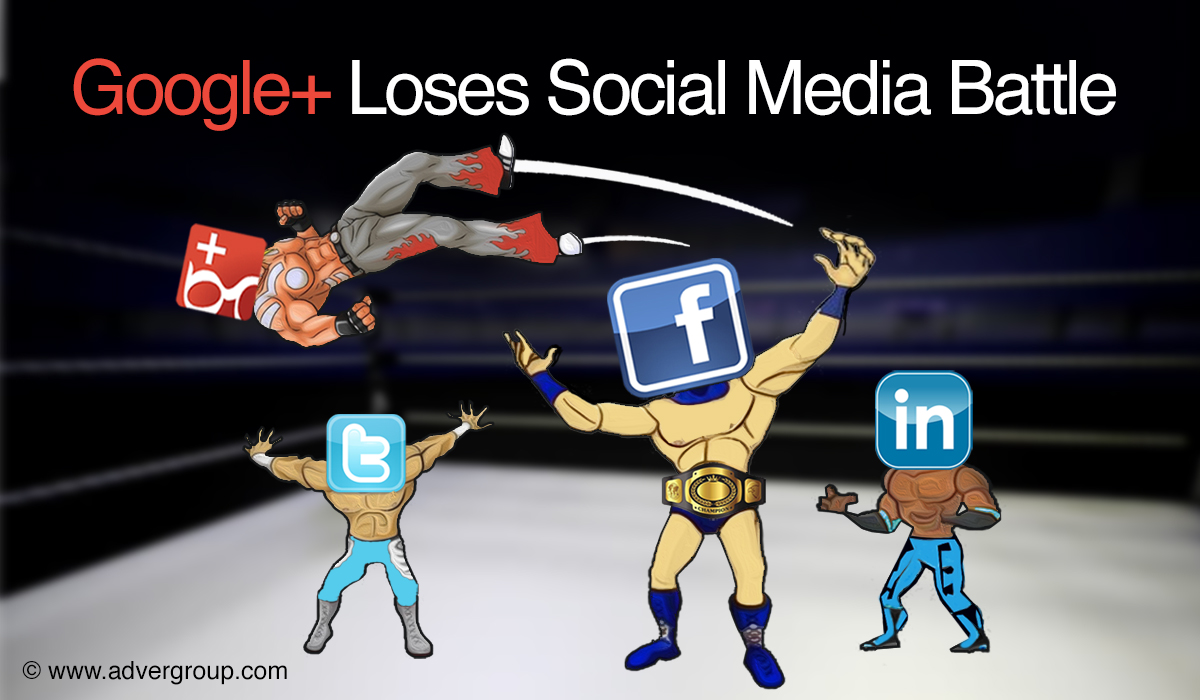 In October of 2018 Google announced they would be "Protecting your data, improving our third-party APIs, and sunsetting consumer Google+".  Later in December another update would come as Google announced "Expediting changes to Google+". Most recently in December of 2018, deletion dates were provided when Google emphasized that it will shut down Google+, "due to low usage and challenges involved in maintaining a successful product that meets consumers’ expectations." as provided in Google's official statement.

While the number of mobile device users is growing, the number of social media networks is also constantly growing. However, with the recent news of Google sunsetting Google+, the "social media battle field" just got thinner.

We have seen Google venture into the arena of social media before. Google+ is the company's fourth attempt into social networking, following Google Buzz (launched 2010, retired in 2011), Google Friend Connect (launched 2008, retired by March 2012), and Orkut (launched in 2004, as of 2013 operated entirely by subsidiary Google Brazil – retired in September 2014). Google+ launched in June 2011. The Google+ platform experienced strong growth in its initial years. Although usage statistics have varied, depending on how the service is defined.  However, their actual amount of  monthly active users has not been released and is difficult to determine due to their membership being linked to so many other Google platforms such as Gmail and Youtube. Some put Google around 300 million monthly active users, while some skeptics put the number of monthly active users for Google Plus closer to 20 million monthly active users.

In reviewing the Wikipedia entry for the Google Plus Platform, "The company noted that 90% of user sessions on the service lasted less than five seconds."

The same Wikipedia entry for the Google Plus Platform,  "It (Google) also acknowledged a design flaw in an API that could expose private user data. Google said it found no evidence that "any developer was aware of this bug, or abusing the API" or that "any Profile data was misused."

According to The Wall Street Journal, "Google exposed the private data of hundreds of thousands of users of the Google+ social network and then opted not to disclose the issue this past spring, in part because of fears that doing so would draw regulatory scrutiny and cause reputational damage, according to people briefed on the incident and documents reviewed by The Wall Street Journal." The newspaper said that "the move effectively puts the final nail in the coffin of a product that was launched in 2011 to challenge Facebook, and is widely seen as one of Google's biggest failures.

Social media optimization (SMO) is the use of a number of outlets and communities to generate publicity to increase the awareness of a product, service brands or events. SMO is accomplished on social networking sites, such as Facebook, Twitter, Google+, blogging sites and video sharing websites like Youtube and Vimeo.  Social signals (which essentially mean referrals or backlinks from social media ) have gained priority in search engine algorithms in recent years, as noted in Google's own guidelines for Search Engine Optimization (SEO).  With Google+ now folding, this means SMO specialists have one less social media platform to post content on.  However, might it be possible that the only traffic occurring in the past, on the Google+ platform was the result of the SMO and SEO industry made up of internet consultants who faithfully believed that the Google Search Engine would reward users of their social media platform.

Beyond basic communication and sharing of media, social media is now targeting local businesses and individuals more than ever. Facebook has silently monetized their platform with tactfully and geographically placed advertisements for local businesses. Facebook has also expanded to allow eCommerce sales directly from a company Facebook page. Going even further, Facebook now offers a local marketplace that allows users (regular people) to sell item locally for FREE! Thus creating a virtual garage sale that could compete with another internet giant like Ebay.

Tech Giants....Stay in Your Lane Bro!

While Google lost their bout in the social media arena, they still own the search engine game. Some industry insiders have predicted that Facebook will soon enter the world of search engines and attempt to expand their platforms search options to outside of Facebook's social media platform and into the world-wide-web. Is it possible we will see Facebook manufacturing phones or operating systems soon, or perhaps they should learn from Google and focus on their niche. Without arguing which tech giant will succeed in world domination, it seems some of today's tech giants realize their niche and remain in their box, while others expand and think outside the box.   I guess the point is, you never know?

Despite the TKO and Google+ loss in the social media arena, the Facebook versus Google battle continues in the advertisement arena, but not really. As Statista.com reports Google's 2018 advertisement revenue amounted to almost 116.3 billion US dollars.  While Facebook stands far behind with 34 billion in worldwide advertising revenue as reported by statista.com.

On April 2nd, your Google+ account and any Google+ pages you created will be shut down and we will begin deleting content from consumer Google+ accounts. Photos and videos from Google+ in your Album Archive and your Google+ pages will also be deleted. You can download and save your content, just make sure to do so before April. Note that photos and videos backed up in Google Photos will not be deleted.

As early as February 4th, you will no longer be able to create new Google+ profiles, pages, communities or events. See the full FAQ for more details and updates leading up to the shutdown.