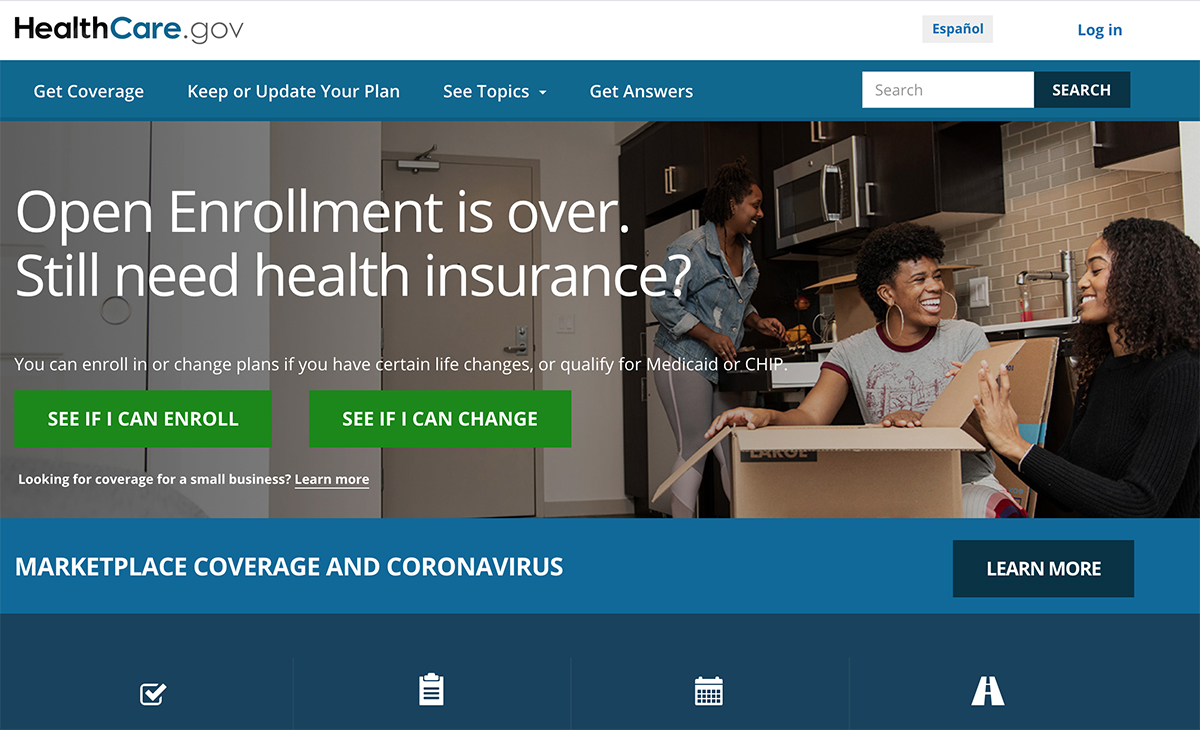 Healthcare.gov may be the most talked about website since the days of Facebook going public! Healthcare.gov is a healthcare exchange website created by and operated under the United States Federal Government as per the provisions of the Patient Protection and Affordable Care Act (PPACA) which was signed into law March 23, 2010.  The PPACA was designed to serve the residents of the thirty-six U.S. states that opted not to create their own state exchanges.   In order to achieve the goals of the PPACA, as with many other businesses, industries and endeavors, a service based website was required.

Healthcare.gov is the government website which was developed to provide a way for Americans to “comparison shop” between different possible health insurance options for an individual within his or her state, with a visual format somewhat similar to websites such as Amazon.com and Etsy.

While the Healthcare.gov website has been criticized and dragged through the mud, is it really a broken website or is all the noise created by those who oppose the politics behind the National Health Care initiative?

There is no doubt the site has some issues. Even President Obama addressed the criticisms and issues of the website in a dedicated Rose Garden appearance which lasted over 30 minutes. President Obama stated that "There's no sugar coating: the website has been too slow, people have been getting stuck during the application process and I think it's fair to say that nobody's more frustrated by that than I am,". The President promised a "tech surge" of the best people that his administration could assemble, he added, "there's no excuse for the problems, and these problems are getting fixed."

The Congressional Budget Office forecasted that about seven million Americans would use the website to obtain coverage during the first year after its launch. The October 1st, 2013 roll-out of Healthcare.gov went through as planned, despite the concurrent partial government shutdown.  Alexa Internet, Inc. is a California-based subsidiary company of Amazon.com which provides commercial web traffic data. When searching on http://www.alexa.com on 10/29/2013 it reveals that healthcare.gov has a global rank of 2,867 and a USA rank of 240. Now let us compare those results to the United States website for Social Security http://www.ssa.gov which reflects a global rank of 4,186 with a USA ranking of 827.

Sites that are ranked in the top 1,000 web sites on the planet are certainly not your typical website. Developing large account based secure websites in nothing new for the United States Government. Like many other large government websites, Healthcare.org  was developed by a plethora of government contractors.  The Sunlight Foundation (a non-profit Organization with the  goal of increasing transparency and accountability in the United States Congress, the executive branch, and in state and local governments),  has stated that at least fifty private contractors have been involved with the PPACA in some capacity as of fall 2013. It is also important to note that these contractors are not all internet and web development contractors. Many of these contractors are relative to the health care and insurance industries which are obviously much involved in the data and coordination of the many insurance plans offered on Healthcare.gov.

There is a well-known quote that echoes in my mind, “Too many cooks in the kitchen spoil the broth”! Could this be true in this case? This may or may not be true, as many internet and computer consultants specialize in one facet or another.  Every case is different, as many projects often require specialized development which is dictated by the needs of their services or function ability requirements. In the case of Healthcare.org, the front-end of the website was developed by the startup Development Seed. It became apparent the website source code had previously been officially posted on GitHub (the most popular code repository site for open source projects), although it was ultimately removed. The back-end work was contracted out to CGI Federal Inc., a subsidiary of the Canadian IT multinational CGI Group, which subcontracted the work to other companies as is common on large government contracts. CGI was also responsible for building some of the state-level healthcare exchanges, with varying levels of success some of which did not launch on schedule. Another contractor, Experian was assigned to digital identity authentication while Quality Software Services, Inc. (QSSI) also served as a subcontractor to a subcontractor. The total number of companies enlisted in the website's creation, and their names, has not been disclosed by the Department of Health and Human Services. The whole effort was officially coordinated by the Centers for Medicare and Medicaid Services (CMS).

In efforts to mitigate the highly publicized and politicized website issues, President Obama appointed Jeffrey Zients to remedy the broken Healthcare.gov website. While Zients has acted as Director for the Office of Management and Budget, he will soon replace the current Director of National Economic Council who is set to retire in 2014. However, for now Zients is tasked by President Obama with fixing the problems of Healthcare.gov. After delving into the website's issues and meeting with the project's Developers, Zients is confident that the site can be fixed. Shortly after Zients became involved, Officials of the Obama administration announced that QSSI, one of the 55 contractors working on the website, will be responsible for getting the site working by the end of November, 2013.

It is true that Healthcare.gov website has experienced serious technological problems since its launch. Americans have reported difficulties in signing up for healthcare.  As of October 27th, only about seven hundred thousand people have filed applications, with even less actually enrolled in plans. Issues with Healthcare.gov have persisted weeks beyond its initial launch, with the website unable to reach its related data services hub on October 28th.

The existing technical problems of the broken website have been heavily criticized, and Republican representatives sent President Obama a long list of questions, demanding explanations for what went wrong. Some Republicans have called for the Secretary of Health and Human Services, Kathleen Sebelius, to be fired,  as she oversaw the planning for the site launch. Former White House Press Secretary Robert Gibbs described the technical problems as "excruciatingly embarrassing", and he said that some people should be fired.

The reason I wrote this article was to provide some facts that yielded from my research on this big news item which focuses on the web development of a large government website.  My intention was not to provide a position on the politics surrounding the PPACA. I just wanted to report on the interesting facts surrounding the development process of a large government website.

The biggest issue I found in my research has nothing to do with the website itself. I find issue with the fact that a project went from being estimated at $93.7 million to ending up at $292 million? Who was estimating the cost? And who was managing oversight?  As a web design company serving the private sector, I know I would be fired and even laughed at, if I came to a client with change orders or if I submitted a final invoice for a project which resulted in a value over three times of my initial estimate.

3. The cost to purchase the domain name (i.e Business.com).

From the net worth aspect, here's the top 5 most valued website :

As for the aspect of the cost from building the website: there are no valid data that could tell the exact spending of the website. This is because of the fact that almost all of the websites on the Internet didn't publish their expenditure data for the public.

However, if you take an internet based business like Google, and begin to add up the cost to manage there staff and servers. You would have to include the purchase of the staff and equipment required to set-up and maintain the servers, headquarters and development. I found estimates that Google has $319 million Data Centers (with about 1,827,200 servers). On a conservative estimate that equals upwards of  $913 million.

Lastly, from the aspect of the domain name cost, here are the list of top 5 most expensive domain names :

While it is difficult to estimate which sites where the most expensive websites to develop, I discovered a website which estimates the total value of websites www.yourwebsitevalue.com

More in this category: « Google Plus Local Replaces Google Places Matt Cutts is the Most Interesting Man in the World of SEO »
back to top